This week’s release also extends the existing NEA FastAttach-based electronic claims attachment functionality in CMP, originally implemented and documented in April 2019. Users can now add a copy of a patient’s existing perio exam as supporting documentation on a pre-authorization claim or claim for actual services. This fills an existing gap in the workflow support for electronic claim attachments and processing in CMP.

This update utilizes the existing electronic claims attachments workflow. When available (e.g., when the payer accepts electronic claims attachments), CMP users can click “Add Attachments” to add supporting documentation to the selected claim record. Via the Add New Claim Attachment(s) dialog, users can now click “Perio Exam” and then select from one of the existing dates on which a perio exam was recorded. A preview of the selected exam - using the same format as the printed perio exam - will be displayed for visual confirmation. Once saved, the user can then submit the claim and follow the existing workflow via the NEA FastAttach service to confirm and send any electronic claim attachments to the payer. 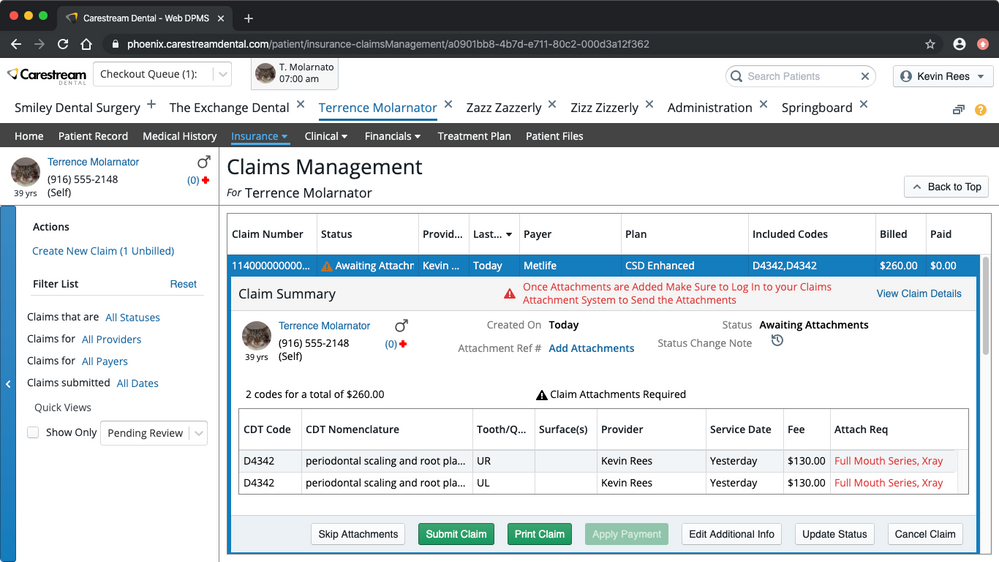 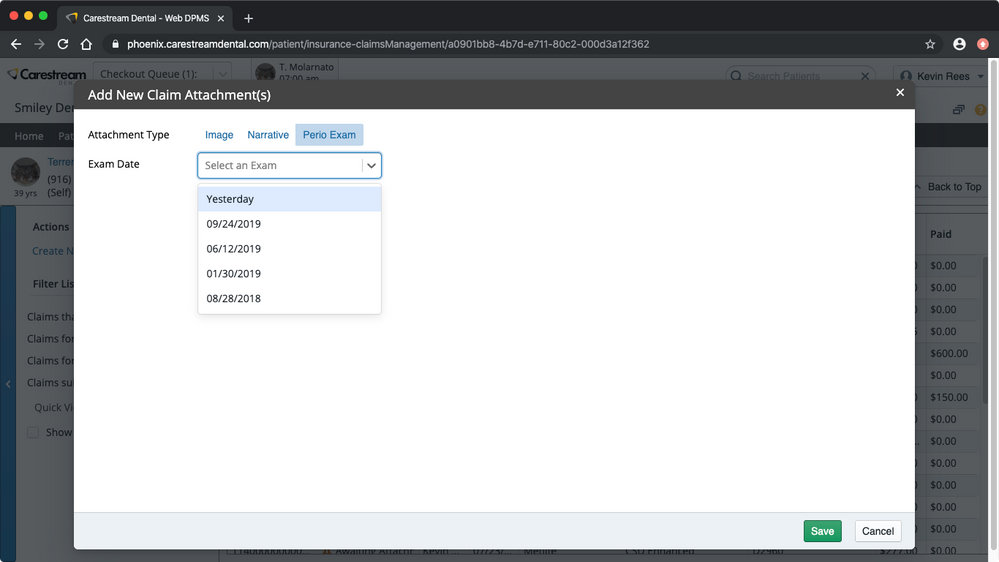 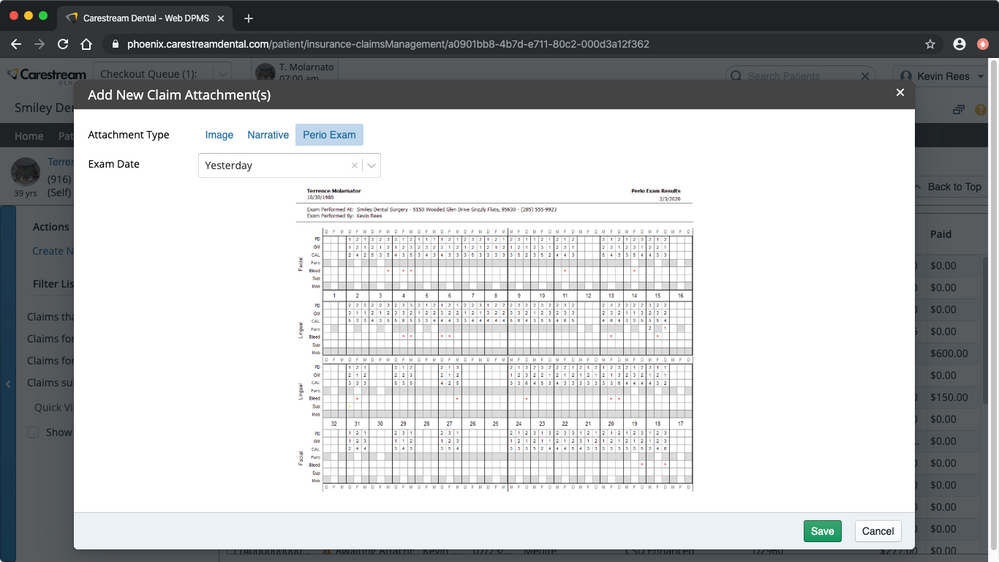 We hope that this expanded support for claims-based workflows helps our users with claim and pre-authorization adjudication involving perio work. We look forward to any feedback on this new functionality.

This week’s release also includes a series of enhancements aimed at improving various workflow inefficiencies that have been reported by our users and internal stakeholders. While more improvements are still in the works, the current list of workflow enhancements includes:

We are happy to provide these improvements to workflow support and look forward to any feedback. Additional planned enhancements include establishing new default values in the Patient Record UI to streamline the creation of new patient records, adding associated anatomy details to procedures in screens throughout the application to remove the additional click required to find out what tooth or surface(s) are involved with a procedure, and hiding inactive patient records by default when searching for patients.