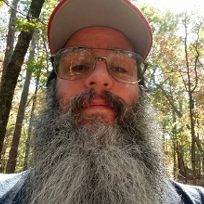 It's not that it goes unstable, it's using up a pervasive license which wasn't expected performance. Your office is currently licensed for 10 users. If you have PracticeWorks open on 10 computers, it would have an issue trying to open Practice Central as there wasn't a license available for it to use. By closing one workstation, it was freeing up that additional license Practice Central needs to function.

Now that we know what's causing the issue, it has been brought to Development to take a look at.

Before I can say that is the issue for Kristy, I need to verify some other info and the setup of the PracticeWorks Taskmanager on the server, which is why I will reach out to her directly. She may be having a different issue that can be resolved.

I realize this thread is over 1 year old, but we are having the same issue with Practice Central freezing during startup.  Began occurring about 2 weeks ago.  We have 7 licenses but only 5 were in use this morning when it happened.