Based on customer input, the treatment plan printout now includes a graphical representation of the patient’s hard tissue chart. Click ‘Print Selected Plan’ in the side panel of the Hard Tissue Chart (available when in ‘Planning’ mode) to produce the Treatment Plan printout [Patient Tab > Clinical > Hard Tissue Chart]. The odontogram is displayed above the existing printout content (e.g., list of planned procedures, financial summary, and signature line). The included chart graphic displays all of the patient’s current existing and completed work, as well as the selected plan’s proposed procedures. NOTE: The chart image is only added when printing the treatment plan from the Hard Tissue Chart. Printing selected procedures from the Treatment Plan screen will produce the traditional output, without the graphical chart included [Patient Tab > Treatment Plan]. 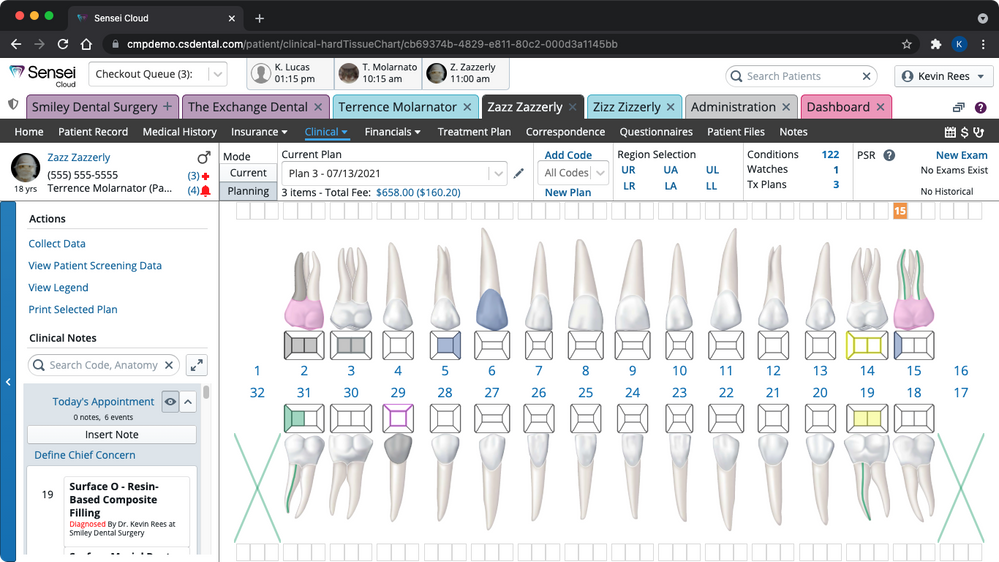 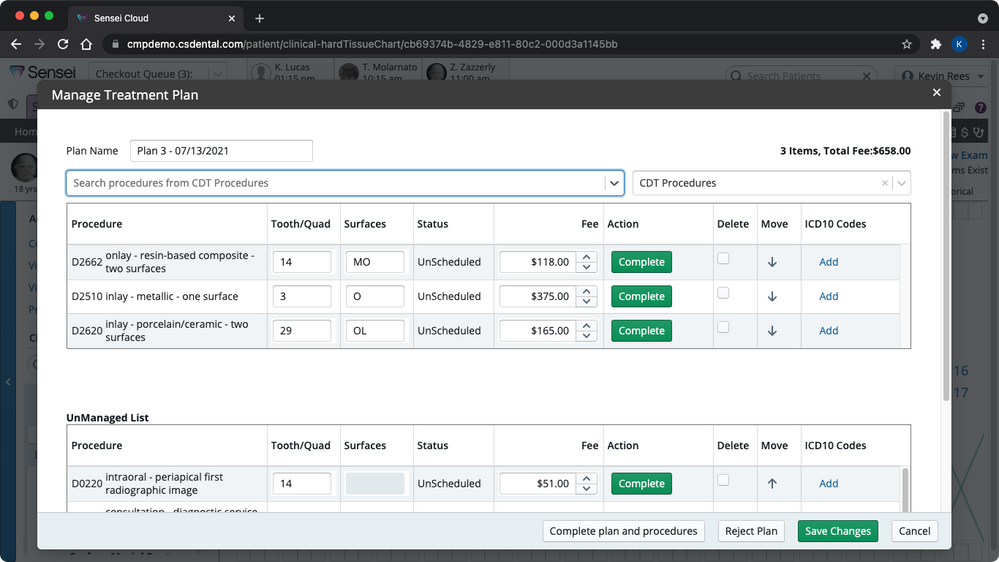 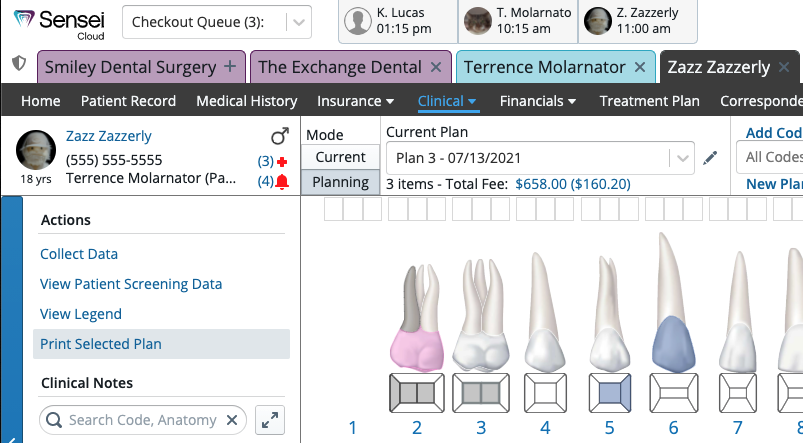 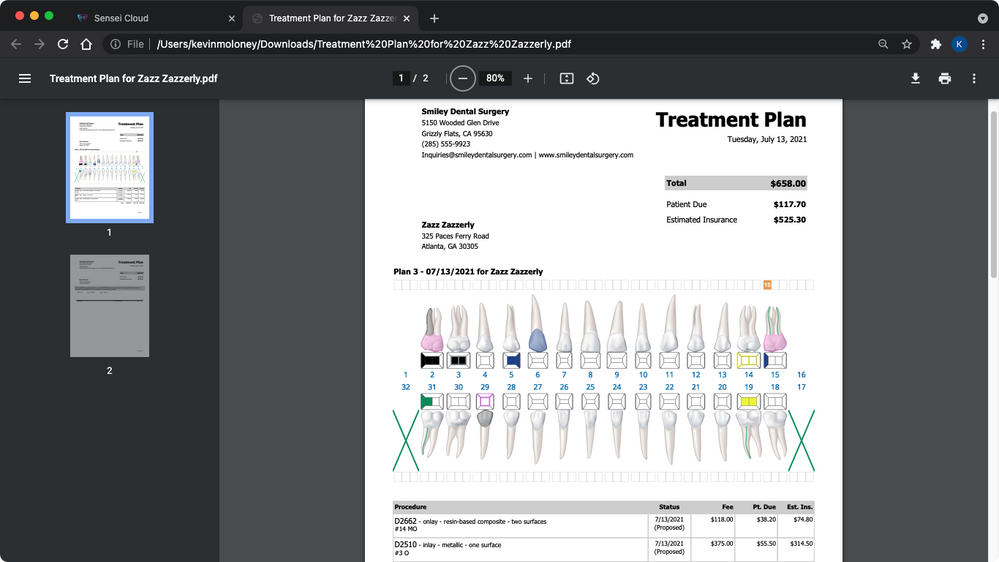 We hope that this update supports your needs and look forward to your feedback. Please let us know what additional enhancements would further improve your treatment planning workflows.

The following fixes and optimizations have been added to Sensei Cloud this week.