Sign In Help
Turn on suggestions
Auto-suggest helps you quickly narrow down your search results by suggesting possible matches as you type.
Showing results for
Search instead for
Did you mean:
Options
pksaari79
First Molar I

One of our workstations quit working for merging letters.  We rely heavily on these and wondering how to get some help.  I called support but whomever I spoke too was unsure of the situation so I asked for it to be escalated.  Anyone else know what this may mean and how to fix it?  I have included the errors that showed when trying to launch.softdentgirl jeffrey.urkevichdmccrory‌ 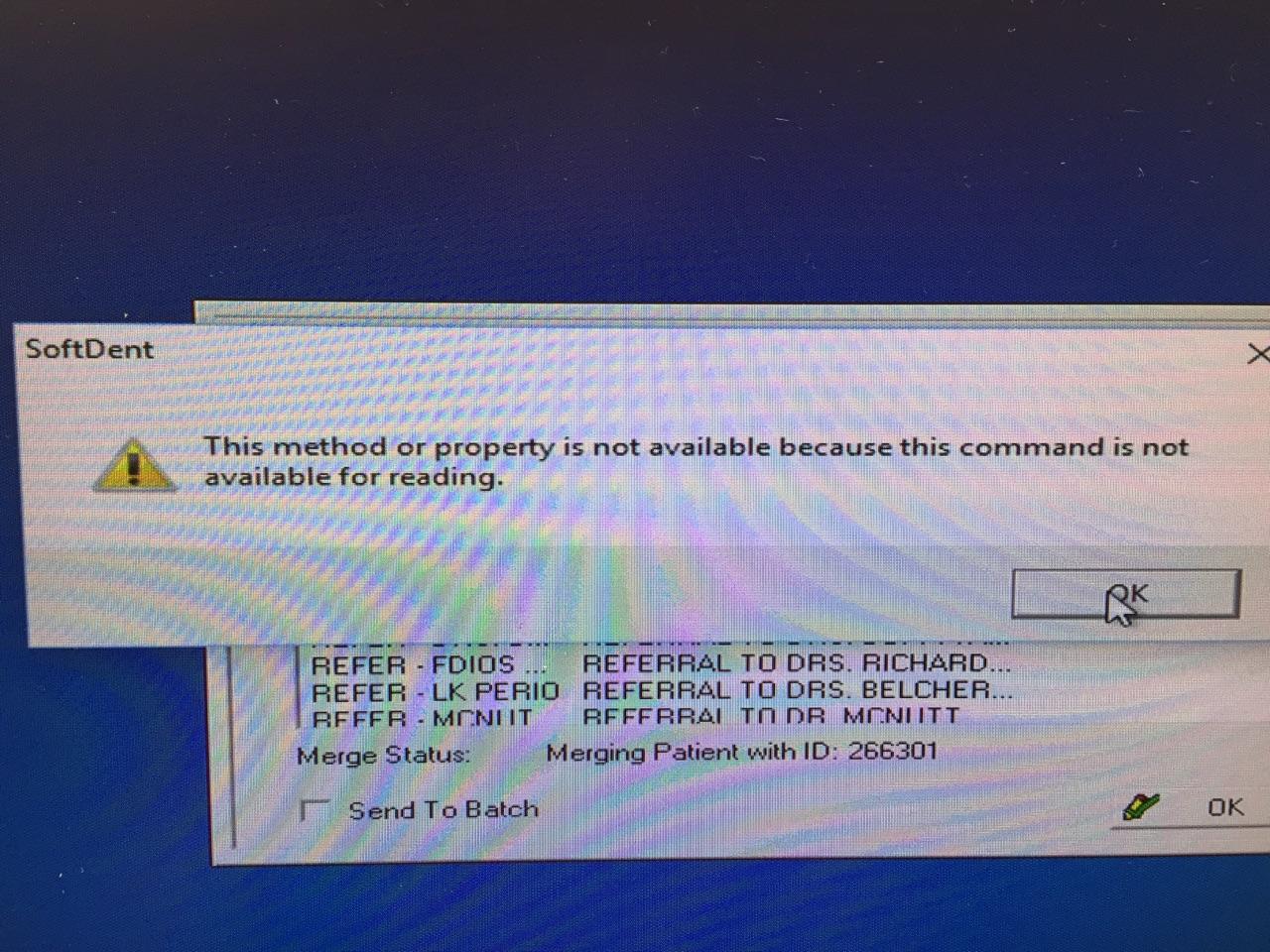 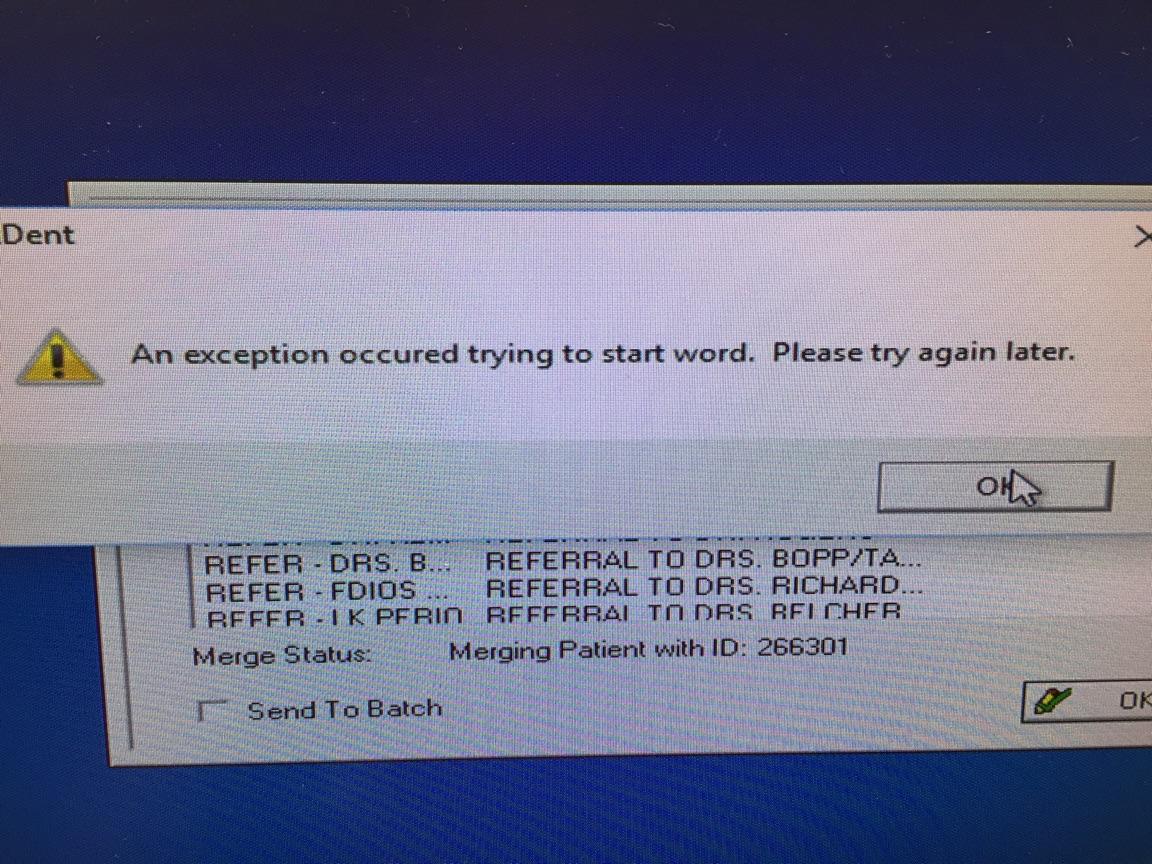 Bryan from support is reaching out to you now

So, a couple of issues....David logged in to help us with our merge letters situation but told me that our Word is a 2016 version and@ is not compatible with Softdent.  My IT person said it has been on the market for over 1 1/2 years, so why is it NOT compatible with Softdent?  And, for our issue with merging, we have had this version for well over a year with no issue, so why now??  softdentgirljeffrey.urkevich

I hope this issue is addressed, it is almost impossible to buy MS Office, everything is now a subscription

Merge letters now work, thanks to our IT person in our hometown, Justin.  We are using Office 365 with a subscription version 2016 and have for over a year.  I was told it's not supported by Softdent but in the year plus that we have used this version, we have had no issue AND I have been told there is very little difference between 2013 and 2016.
For some reason, one of the computers quit working for merge letters last Tuesday.  Justin has no idea why but he did figure it out. Apparently the one computer not merging the letters was using Word in reading mode. So he checked it the settings between the 2 front computers and found that the "Open e-mail attachments and other uneditable files in reading mode" was the culprit.  It does need to remain unchecked...and both were set that way.  Since the one computer was already in reading mode, he checked this box to "tease" Word, clicked OK, and then unchecked it and clicked OK, and now it is back on track, working just fine.  Justin was extremely helpful in that he wanted to figure this out ANd he is that resourceful in finding solutions.jeffrey.urkevichdmccrorysoftdentgirl
2 Kudos
Share
Reply

Thank you for sharing!

We have not been able to access our merge letter at all since joining softdent a year ago, help!