Does anyone use SD's appointment reminder/confirmation service?  Is your staff and patients happy with it?  I used it years ago when they first started before they could text patients.  I am thinking of returning now that they have improved.

We use it and love the concept but are not happy with the service.  Just yesterday my doctor told me he was thinking about dropping the service.  It needs to be drastically improved.  It does not update in real time, only at polling intervals (which you get to choose).    Often my patients get errors when they attempt to reply confirmation so they still have to make a call or I end up calling them to confirm, which defeats the purpose of the text.  There are times when the reminders do not update at the polling times due to a Televox glitch so I am left in the dark as to whether or not the texts were sent, delivered or confirmed.  Also, the only reply accepted from a patient is "YES", so if a patient has a signature on their text messages or replies with any other word, it does not update in my system.  The directions are unclear in the text body to the patient.  I also wish you could include a Pre-Med reminder in the text, but that is not an option.

It seems that SoftDent could do better with this system - after all there are many other services out there that offer eReminders that have two way messaging and are updated in real time so the technology exists.

I would not recommend paying for this service at this point.

Thanks for your response!

We use LightHouse for reminders, both text and email. It only accepts a pre-set text reply from patients, but if they respond with anything other than the pre-set, we get an email telling us what they said. We can do two-way texting with LightHouse. The instructions are clear on how to confirm - respond with C to confirm. We do have a couple patients that have their signature set for texting. In those cases, we get an email telling us that the patient responded with something other than C, and then I just mark them confirmed.

I don't know if LightHouse has the capability of sending pre-med reminders. We can change the message that is sent to everyone, but I don't think we can specify that only certain patients get the pre-med reminder.

Carrie, thank you for that information. I've been debating looking into the SoftDent reminder system. For now, we will stick with LightHouse.

I just cancelled our e-reminders service.  It is lacking in every way.  We just installed the Weave system and will be going live with it in a couple weeks.  It has the ability for 2-way texting in real time. I can let you know how it is working for us once we get started. 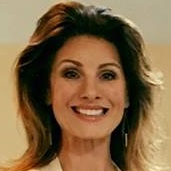 We are interested in the Weave system. Can you give us an idea of  the cost.

I would call/ Contact Weave as each office is unique.  I hate to not be more helpful, except to tell you that it is not very expensive at all.  Weaves abilities create so much productivity I would not consider doing daily dental biz without it.

I have since learned that LightHouse will include a pre-med reminder in appointment reminders if the patient has user code P.

Hi! Our office is also looking for a new confirmation/reminder system. We are currently using Solutionreach and we don't like it at all - it is very confusing and more so a burden for patients and for us in the office as well. We have looked into the Softdent e-reminders and I am in the process of Lighthouse 360. We really don't need all the bells and whistles that Solutionreach provided for us since our website provider has their own review request system that we are using instead. Since WEAVE isn't fully integrated with Softdent, we don't want to go that route and make it more confusing for us. Any input is welcome!!