When entering treatment plans, deductibles are no longer calculated. Now, we have to force the numbers to reflect the deductible but when we do the monthly Insurance Rollover and Treatment Plan Recalculation the forced number disappears. There are other circumstances for which we also need to force numbers so this becomes quite tedious. 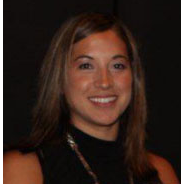 jeffrey.urkevich‌ have you had suggestions on any of this?

I am going to tag a few trainers on this thread to see what other clients are doing.

Bert is correct!, the treatment plan has never included the deductible. I feel, it is best like this. The insurance company often takes a % of the deductible towards treatment. this would be impossible to estimate.  I would simply tell the patient "the patient portion does not reflect yout $50 deductible".

I am not sure what you mean by "a % of the deductible", as long as the procedure fee is higher than the deductible, insurance companies will not pay a thing until the deductible has been met. Estimating the patient portion to include the deductible is actually quite simple.

The Treatment Plan screen, back I believe it was version 14 and before, automatically included the deductible in the patient portion for the first line item - it's former spot is still visible right above the open area where you can force the numbers. I think the reason it was removed was because patients often met their deductible elsewhere, people found this tedious as well.

Very true, Wendy.....we just tell our patients that a deductible might be involved AND until we get the check, we won't know for sure.  BTW, we are not contracted so we may truly not know the amount of the check or if a deductible is involved.

After speaking with several insurance companies. This is what I was told.

Example: Treatment plan for; 1 posterior composite, in some cases if the patient coverage is 80%, the carrier will only take 80% of the deductible.  It seems crazy but true.

Sue is correct but explaining it to patients reminds me of the old missing dollar riddle!