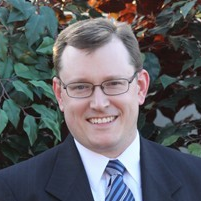 We are interested in learning more about how you work with CareCredit: for families who use CareCredit, how do you handle a single CareCredit payment from the Guarantor to be distributed amongst multiple patients?

We process the payment directly through Care Credit's online portal. For the "two kids" situation, we would process as one transaction via Care Credit. Then, we simply split that payment as appropriate when posting into WinOMS. We input tracking & sequence numbers into our notes so that we can reference that after the fact, if needed. We also scan the signed contract/receipt into the patient's account.

We do not process our Care Credit transactions directly through WinOMS because we encounter far too many errors (mostly duplicate charges).

Thank you Kristina for the response. The information you provided is great!

Can you help me to understand what you mean by not being able to process CareCredit transactions directly through WinOMS due to errors? Are you referring to the CCWare integration that allows for payment functionality but still requires you to post the payment manually within WinOMS? And is this integration then charging cards multiple times?

Also, could you estimate how often you encounter a distributed(2 kids) payment situation?

Yes, it was while running purchase transactions through CCware that we often encountered the transaction appearing multiple times on the patient's account. It created more work to correct those errors, so it was easier for us to return to running transactions directly through the Care Credit web portal. I do not have any ready examples, as that was a few years ago (but less than 5).

While we often treat two children in a family at the same time, the majority of payments for those tend to be via credit cards (which must be run separately under ePayments) or cash/check. Our accounts payable manager has confirmed that it is extremely rare we have that happen with Care Credit. If Care Credit were to be truly integrated as it was in SoftDent, this would present an issue as you have foreseen, but it is so rare I shouldn't consider it a deal-breaker.

Also, if it were to be integrated, it seems we would need it listed as a payment method (not just a payment code), as suggested in this post. But, as another user there stated, we also use Lending Club as a financing option. Presently, we do have different payment codes for Lending Club and Care Credit, as we wanted a lot of precision in our reports.